There is no denying it. 2010 was the best year of my life, thus far. So 2011 had better BRING IT. And just to illustrate the undeniable awesomeness that was 2010, here’s a quick recap of how it all went down:

January through March was spent living in Japan (See? Already 2010 has hit the ground running). Husband and I were immersed in a whole new and beautiful culture, complete with some spectacular sushi (but only for the first week, unfortunately… more on that in a bit), mixed martial arts, living in the lap of luxury, and live music every night of the week. By night, I sang and played piano to an audience filled with beautiful, warm, and fun-loving Japanese people who requested “Tiny Dancer” and “Piano Man” one too many times for my short attention span (I mean, seriously, Sir Elton, a 6-minute song? And are all those verses really necessary, Billy?), while Husband studied Japanese Shooto and Brazilian Jiu Jitsu at a Yuki Nakai dojo. By day, we explored, got lost, found our way, met some amazing people, ate entirely too well, learned key Japanese phrases, and generally lived the international rockstar life. 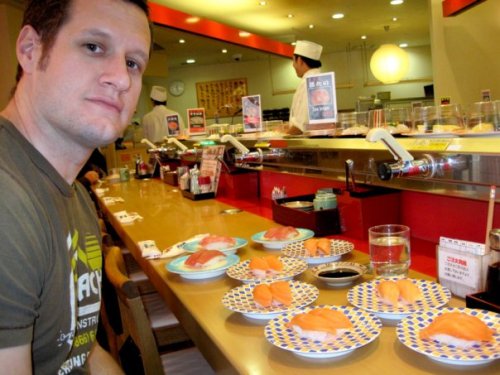 Eating sushi! In Japan! What! 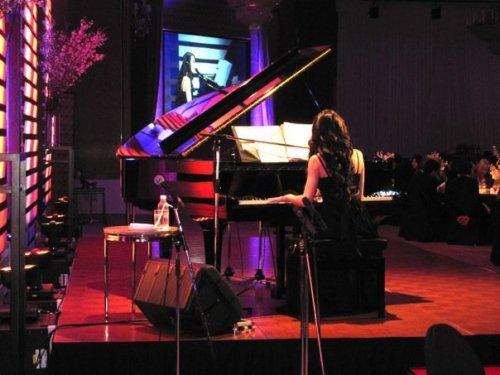 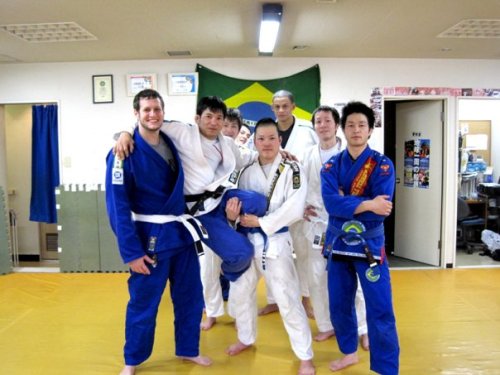 On one particular excursion, we visited the Dazaifu Shrine and prayed that God would bless us with a child. 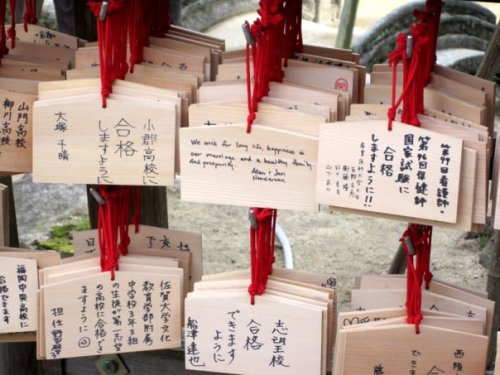 Can you spot our wish?

Then, on February 1st, all sushi-indulging came to a glorious halt: 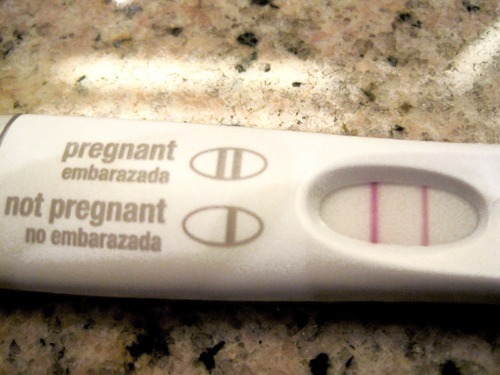 Then we returned to the States in April and announced our BIG NEWS (keeping it under wraps for the first trimester was killing us, but we wanted to spill the beans in person).

Also in April, we welcomed a new (four-legged) member to our family, our beloved Rhodesian Ridgeback puppy, Watson. 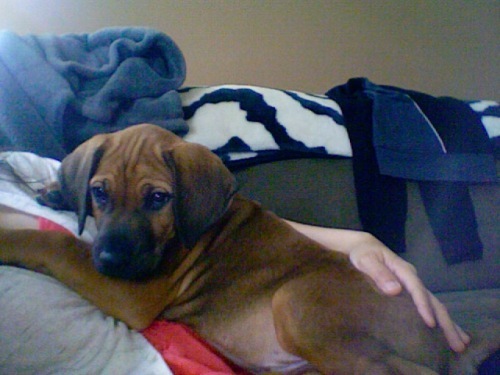 In May, we found out our little Eggroll was a girl. Then we packed up our bags and moved to Virginia for Adam’s 6-month-long Army Captain Career Course, where I officially became an Army wife again. 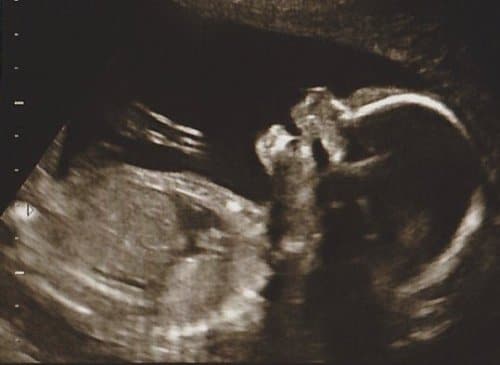 June began the triple whirlwind of baby arrivals in the Woodhouse family with the birth of my beautiful niece, Eleanor: 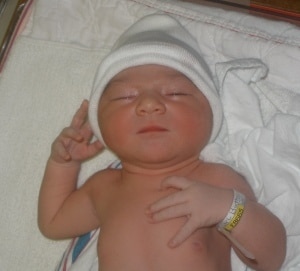 Also in June, I started a new business selling my artwork on Etsy. I never thought my idle time would become quite lucrative.

July and August were full of settling in, summer road trips, Virginia expeditions, puppy-training, as well as an Asian-inspired baby shower for Eggroll, thrown by my uber-stylish sisters. 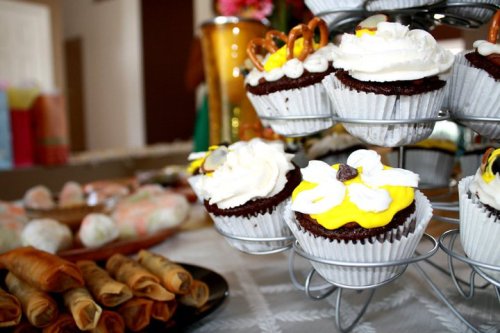 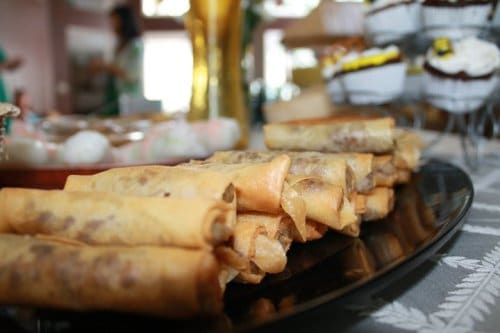 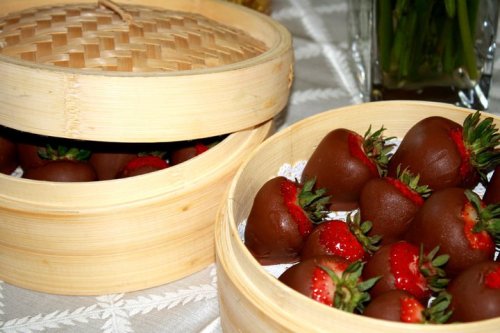 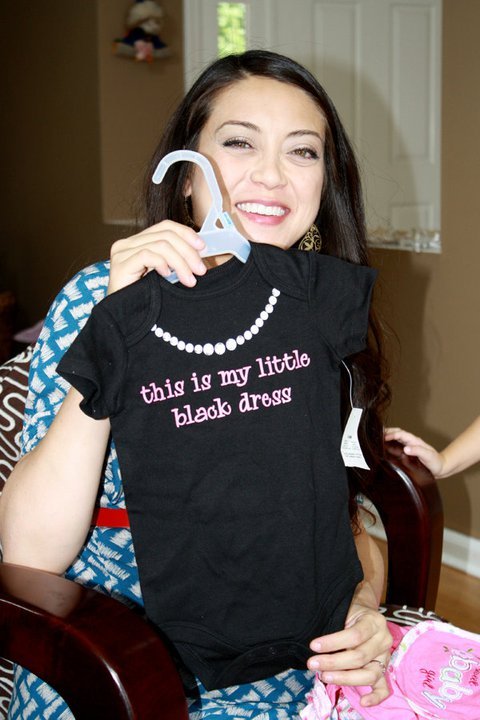 Also in August, we found our church home, after 5 months of searching.

And on the music career front, peppered all throughout 2010 was a lot of TV song placements, in a bunch of trashy reality TV shows, like Jersey Shore, Keeping Up With the Kardashians, Bad Girls Club, The Hills, et al. I don’t watch the stuff, and even if I did, I wouldn’t admit it. But I totally don’t. And I’ll still gladly accept the check, thankyouverymuch. Besides, it was pretty cool to hear my song “Rearview” on the Starbucks commercial during the MTV Movie Awards, though.

In September we stumbled upon a used (new to us) truck. We’d been searching and planning and saving for awhile, knowing that once Eggroll arrived in October, our ‘want’ would very quickly become a ‘need.’ On Labor Day weekend, we were out kicking tires, with no intention to buy, when our new truck pretty much fell into our laps. We were on our way out the door when the GM of the Ford dealership asked us what it would take to put us in a new truck today. Without hesitation, Adam named our price and the GM showed us a truck they’d just gotten in last night. It was so brand new to their lot that they hadn’t even had a chance to clean it up yet. So we took a quick look at it, previous owners crap and miscellany in it and all, and instantly knew it was THE ONE. It was exactly what we were looking for and the price was actually $5k lower than what we were willing to spend, so it was a done deal. Talk about a Godsend.

In October we moved from our tiny 900 square foot apartment into a brand new 1600 square foot house, just in time to welcome Evelyn Reese into the world. Um, hello perfect timing? Yes, please. And meeting Evie and becoming a mother? Absolutely the most amazing thing that’s happened to me in the history of all-time. Ever.

Then two weeks later, the baby trilogy was complete when my new handsome nephew, Kingsley William was born. My parents were over the moon about getting THREE new grand-babies in the same year! Craziness! We do make some good-lookin’ babies, right? 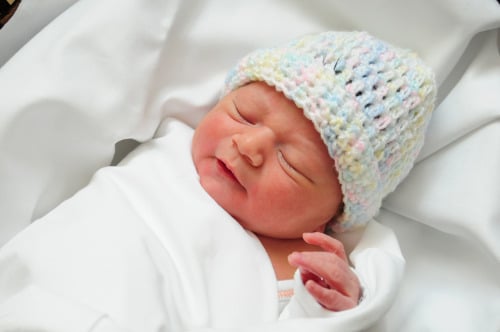 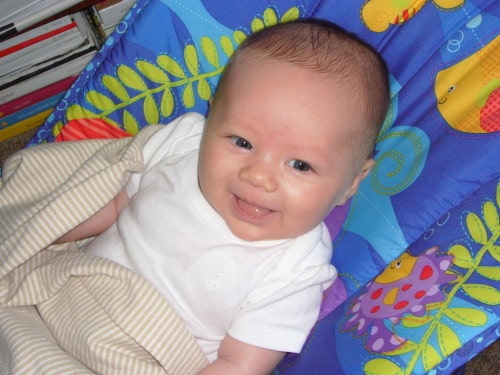 Kingsley William (aka Pele… y’know, like the soccer player)

In November, we traveled down to Atlanta and spent a lovely Thanksgiving with Adam’s parents. Also in November, we all puffed up our chests in proud admiration of my youngest sister, Maia, for passing the New York Bar Exam (as if there were any doubt).

December was full of cheery holiday chaos as we hosted Christmas at our house for the very first time. Christmas dinner was a hit with Adam’s deep-fried turkey. 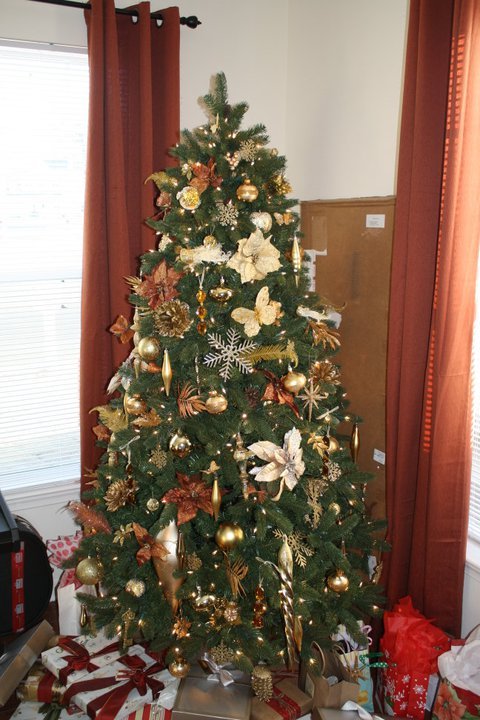 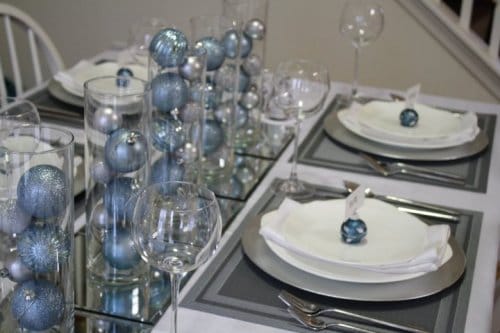 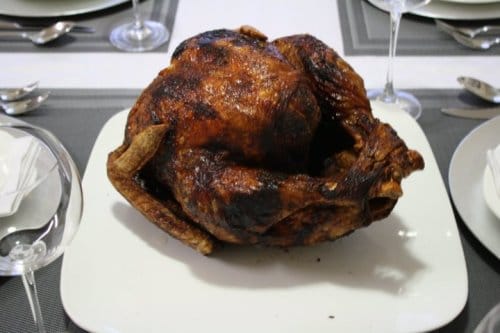 And just when I thought 2010 couldn’t get any more perfect, it goes and does this: silver white winter perfection. 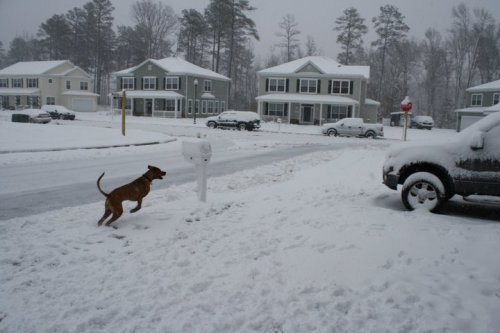 So to re-cap: 2010 was chock-full of new and exciting beginnings. New country, new puppy, new career (for Husband), new business (for me), new state, new house, new church, new niece and nephew, new truck, and of course, best of all, brand new baby! So many incredible blessings.